Gherardi SVI Città Di Castello: Departure to Segrate had to be forwarded due to the weather conditions which guarantees snow all the way. 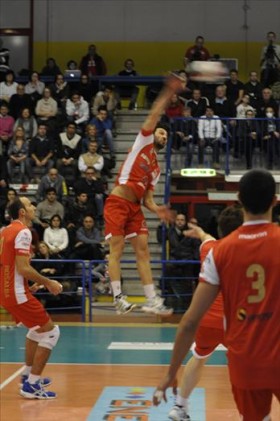 Segrate had a great first half of season at the end of which they were top of the table.

Since then, they suffered a dip and slipped to third position.

Recent outings have been influenced by the injury of setter Marco Fabroni and a few other physical problems.

“We’re ready to face a game in which both team wants to put an end to a difficult period – said coach Radici – Città di Castello and Segrate are injured tigers among the top teams, which is why this game can be, if not a turning point, at least an indication of things to come in the future”.

Italy: On the road to Castellana Grotte