Italy defeated Cuba in second match of Pool B at the World League 2013 after 80 minutes of play. On press conference everybody from the host team was very happy. We tried to start better than last Sunday and so we did,” said Italian head coach Mauro Berruto. 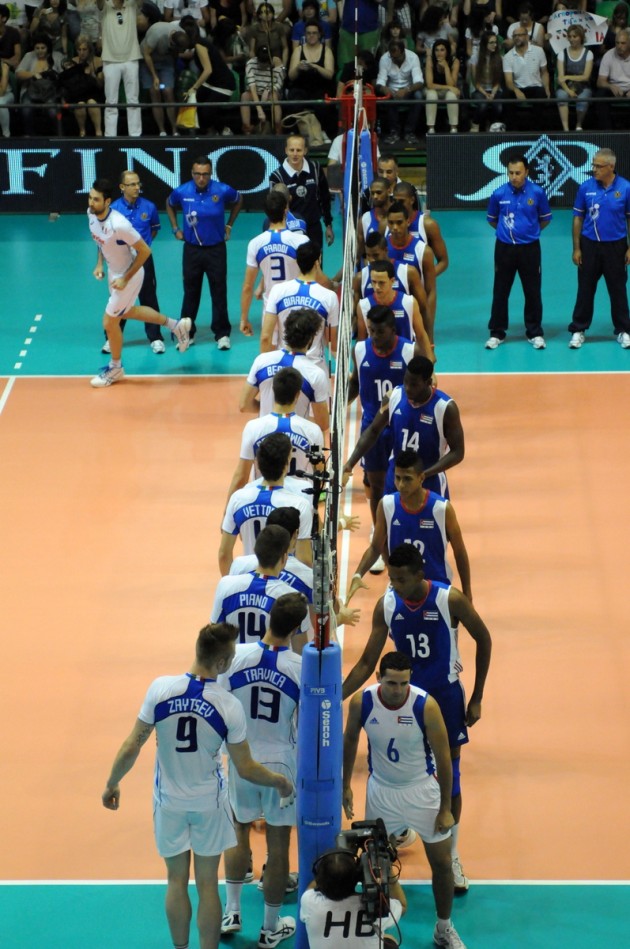 ”We tried to start better than last Sunday and so we did” said Italian head coach Mauro Berruto. “That’s why I’m very happy. What makes me happier is the good job of Matteo Piano and Luca Vettori, two young players that showed great confidence.”

With Italy’s two wins against Cuba this weekend, it has improved to a 4-0, undefeated record for the first time since 2011, when it started 6-0. It also reached the fourth consecutive year in which it has won at least its first three matches of the World League.

“I’m happy because we had a double straight-set win in just three days” said Italy’s captain Cristian Savani. “Now we feel ready to fly in Russia for testing our preparation level against a top team.”

Cuba also showed some talented hits during Sunday’s match, especially from the 19 years old Bisset’s hands, but it demonstrates its rawness as well and Italy never lost the lead until the end.

“This match confirm we are a very young team that still make too many faults” said Cuba’s trainer Gladston Orlando Sam. “We need to be more concentrate from the beginning to the end”.

“Even if Italy played a good volleyball, we played better then the last match in Turin” said Cuba’s captain Estrada. “Nevertheless we still need to grow.”

Check more photos from this match on our Galleries.