Tsvetan Sokolov, the Bulgarian opposite will stay in Trentino Volley for the next season 2013/2014. 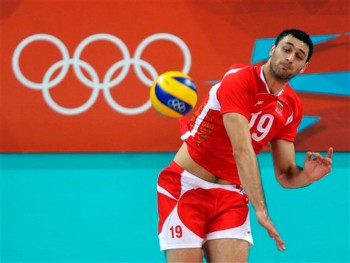 Sokolov back in Trento

As of October, Sokolov will be again wearing jersey number 11 in which he had already played 125 times and made 627 points. Being a part of winning team Sokolov got the eight trophies such as World Cup three times, Champions League two times, once Scudetto, once Italian Cup and two times Italian Super Cup.

“I am very happy to play again with Sokolov as I’ve already had an opportunity to play with him in previous seasons as Coach Assistant of Trentino Volley. Tsvetan is becoming a player of the highest level and I am very glad to have him in my team, where he will be an important reference point for the attack. Therefore, I would like to thank to those ones in charge of Trento for keeping him in a team.” said Roberto Serniotti.