Beppe Cormio: There is a mutual desire to renew the contract with Matey

Team is back at work this morning to PalaTrento, after resting on Monday granted by the Radostin Stoytchev. Trentino players was found in the gym today to begin the last week of training before the Series A1 matches. 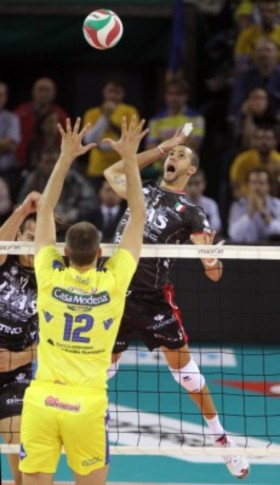 Meanwhile general manager of the thirty three-time world champion and three times European champion Cormio Beppe,  in a long interview spoke about Juantorena and Kaziyski status who are always at the center of the transfer market.

“If you choose a good wife, you can not expect that no one sees it. And so it is for our players and our staff for Matey, Osmany but also for many others. Their situations are obviously different because one is in last year of contract(Kaziyski), the other is under contract for three more seasons (Juantorena). “

About Matey: “There is a mutual desire to renew the contract and the two sides have already met. As in previous years there were no problems and the deal will fail as soon as we will have the time to polish the details and put pen to paper. Matey is very tied to this team, the property, the city of Trent, his fans and i do not see what obstacles might arise in contract renewal”