CL M: Grbić – „We must put Halkbank in trouble from first to last ball“

Forty-eight hours is left to a a historic day for Sir Safety Perugia. Preparations are underway for the Champions League clash against one of the contenders for final victory, Halkbank Ankara (Thursday at 20.30). 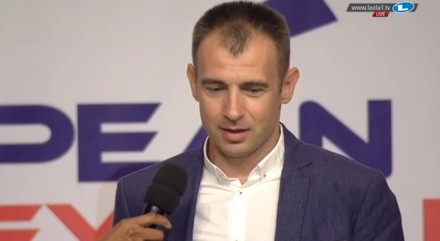 The team led by Nikola Grbić, fresh from the success on Sunday in Padova, was already back in trainings this morning.

Perugia coach was studying in detail the technical and tactical aspects of the challenge against the Turkish favorite and he can enjoy in the good form of his players who are ready for the big international scene. They also count on constant cheering by their fans that will probably fill the stands.

„It will be a completely different game compared to the test in preparations played in Vasto. I expect an opponent who arrives in Perugia in a state of much better shape, so it will be a very difficult match. We will need a lot of intensity and approach from the first to the last ball, as we were able to do, for example, in the first two sets against Trento in the league. We need to try to put them in trouble as much as possible. Ankara is a team built and equipped to aim the victory. We must overcome their game with great concentration, aggressiveness and determination“, said Nikola Grbić, who has played many Champions League matches in his career, but this is going to be his first performance in this competition as a coach.