Strange things are happening on the benches in Serie A1... 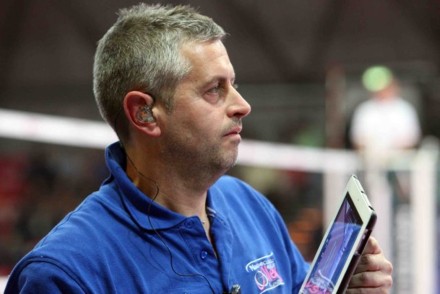 Alessandro Chiappini, the coach that was released in Nordmeccanica Rebecchi Piacenza and replaced by Imoco Volley Conegliano’s Marco Gaspari, might sit on his bench!

Chiappini was sacked after the defeat of Piacenza in the Champions League against Dinamo Moscow, on Wednesday, although he won the Italian Super Cup start of the season.

Since Gaspari replaced Chiappini, the situation in Conegliano remains to be defined. Rossano Bertocco is apparently a temporary solution for the coach.

According to „Prealpina“, there’s possibility that Chiappini could take the lead od Conegliano, but only until the end of the season. In that case, he should be replaced by Carlo Parisi, the current coach of Unendo Yamamay Busto Arsizio, the team that Chiappini beat in Super Cup final.

ESP M: Speedy Muñoz – save, block, dig and attack in one rally (VIDEO)

ITA W: Greek opposite in UYBA