Fan who spilled water on referees identified, Modena ‘suspended’ him

Modena Volley has announced in a press release that its troubled fun will not be able to attend the next match of the club. 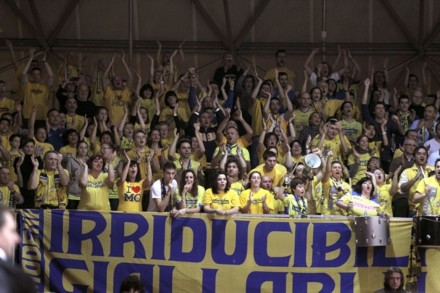 „In response to the provision from the Volleyball League, Modena Volley announces that it has already taken steps to fulfill the requirements. The fan accused for spilling water to the pair of referees, Gnani and Tanasi as they left the court in the match vs. Copra Piacenza last Sunday, will not attend the next home game of Modena Volley, on March 1 against Ravenna,“ it was stated and transferred by volleyball.it.

The Serie A1 previously intervened with a letter from its CEO addressed to the President of Modena.

“Modena Volley should take actions to identify the subject and to prevent his access to the next game. In case of repeated offenses, the subject will be reported to the local police authorities.”

Even the official fan group of Modena, Irriducibili Gialloblu, condemned the gesture of a supporter who had become immediately aware of his mistake and has already apologized to the club.

Modena also apologized to the referees.