Sir Safety Perugia is desperately trying to find a decent replacement for Nikola Grbić, but almost every coach that was connected to the club is not available. 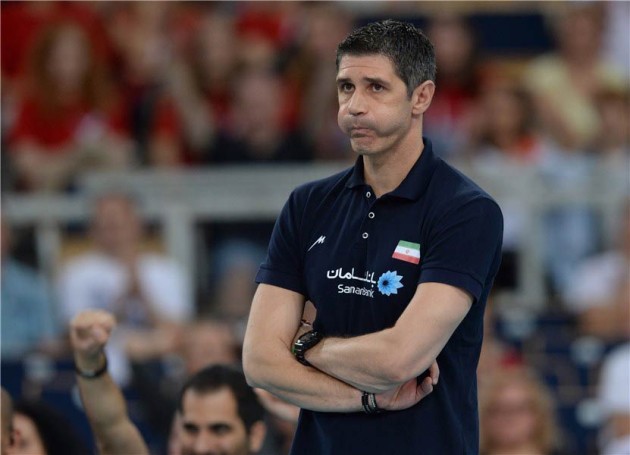 Latest effort from Perugia’s management was to persuade Slobodan Kovač, the head coach of Iranian National Team, to take over its bench.

The answer from Serbian is not known, but Volleyball Federation of Iran said „NO“, writes Gian Luca Pasini from gazzetta.it.

President of Iranian VF refused the possibility of Kovač’s coaching the club and national team team in the same time.

It further narrows the circle for the new coach of Perugia after Stoytchev renewed with Trentino and Kolaković confirmed to stay in Cannes for another season.

Only one name is now in focus of Perugia – Lorenzo Bernardi.

Iam sure at this moment Slobodon Kovac would not leave national team of Iran to join to a club team in Italy. With Iran team he is expecting and aiming to get to upper stages of progress ladder in the world volleyball. So we wish him success with our boys.He has started his way just newly with Iran Squad. I personaly wish good luck for him and his team in coming future.
And president of our federation Dr DAVARZANI would not leave him easily to go away without achieving our aims.The Olympic games is highest aim for Iran volleyball. In the last period with bad luck our team could not bag ticket for London Olympic games with great Velasco.