Revivre Milano announced five reinforcements for the season 2015/2016 – four on the court and one off! 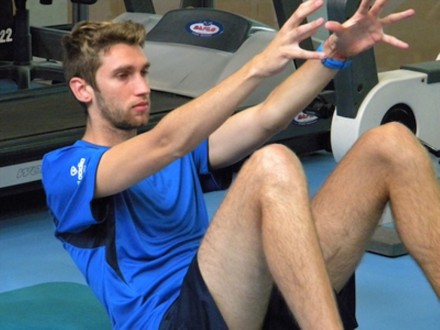 These quartet of players consists of – Daniele Sottile, Aimone Alletti, Matteo Burgsthaler and Federico Tosi along with the coach Luca Monti.

A 35-year-old setter Sottile played last five seasons in Latina and collected huge experience performing for five other Italian teams. He has won 6 domestic titles in a professional career and one in pre-junior competition. See his STATS.

Milano strengthened the middle blocker position with Alletti and Burgsthaler.

Alletti has just completed his commitments with Italian national team in the World League and arrived from Piacenza while experienced Burgsthaler came after winning the title with Energy T.I. Diatec Trentino, where he played the last four seasons and took 8 trophies.

Tosi, a former player of Città di Castello will take over the role of the first libero in his new club.

At the helm of the team there will be Monti, a 53-year-old former coach of Vibo Valentia, the team from Division 2. He replaced Marco Maranesi.