ITA W: Ferretti – “I would like to meet James Harden in Rio”

A member of Italian national team Francesca Ferretti has an interesting goal. If Italy qualify for Olympic games, she would like to meet someone there. 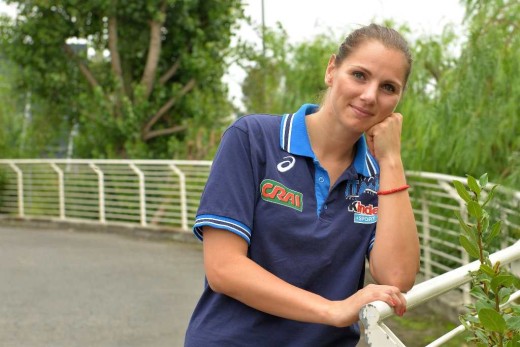 “After meeting Kobe Bryant and Manu Ginobili in 2004 Olympic games, I have another goal. If Italy qualify, I would like to meet “Fear the beard” James Harden” says Ferretti.

At the age 31, Francesca Ferretti will play in national team. Marco Bonitta called up her to play at Olympic qualifying tournament that will be held in Ankara (4-9 January).

“The Olympic Games are fabulous thing. Just being able to live in the village is simply amazing. This one of the places where the motto “The important thing is to participate” makes sense” says Ferretti.

If Italy qualify, it will be her third time to play at Olympics.

KOR M: Grozer – “I have never seen such a well organized club as Blue Fangs”

PHOTO OF THE DAY: Robertlandy knows what to do after volleyball career!

EXCLUSIVE: Zygadlo – “I was the biggest...