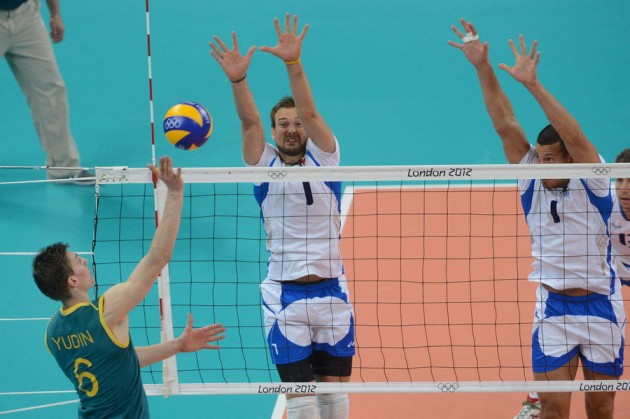 It was Italy’s eighth lifetime victory without losses over Australia, but for the first time the boys from Down Under were able to extended a contest to the five-set limit against their European counterparts. The win improved Italy to a 3-1 win-loss record while Australia fell to 1-3.

The Australians won the defensive battle at the net with 19 blocks to 12 from the winners who served 8 aces to 5 by the defeated side.

Michal Lasko led the winners with 25 points, including two blocks and two aces, followed by Cristian Savani with 17. Alessandro Fei and Luigi Mastrangelo contributed 12 and 11 respectively.

Australia’s Thomas Edgar totaled 18 points, including three blocks and two serving aces, as one of five Aussies in double digits. Aidan Zingel finished with 15, Travis Passier chipped in with 12 and a match-high five blocks, and Adam White and Igor Yudin charted 12 and 11 points.

Italy woke up in the third set, with Alessandro Fei joining Lasko and captain Cristian Savani in scoring. Australia kept pace to 13-13, but Italy‘s class – which had been absent until this point – returned as they won the set 25-21.

The fourth set saw Italy lead again thanks to Savani and Lasko‘s excellence. They maintained momentum through the set and won it 25-14.

Australia led 4-2 in the fifth set, but Italy came back to 13-13 and Fei scored twice to shut out the set at 15-13 and win the match. LASKO was the match’s top scorer but No.22-ranked Australia can be proud of pushing the world No.3 side all the way.

Italy play Bulgaria in the final round of group matches on Monday 6 August and Australia will face Poland.