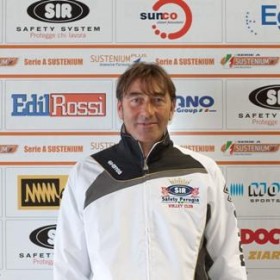 End of an extremely positive year!

“We lacked composure in the important moments of the game” said Perugia’s sport director Bino Rizzuto on the tie-break defeat in Loreto, which was the last official game of the year for the club.

Rizzuto described 2011 as “an extremely positive year” and wished that for 2012 Perugia “could have a second half of season as good as the first”.