Ortona made its last move on the market this summer with the signing of second libero Marco Pappadà. 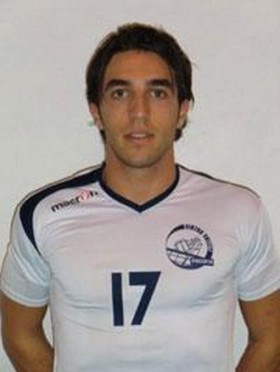 Born in 1986 in Maduria (near Taranto, he will make his full debut in the A2 division. Last season, he won the University national championship with Cus Chieti as the team was coached by Flacco Monaco, who will be Lanci’s assistant this season, which means they’ll be back working together.

“It’s a great feeling to be playing in the Serie A – said Pappadà – And doing so in such a prestigious team of the Abbruzzo region like Ortona is the best I could have wished for. If Ortona had not called me, I would have hanged up my boots. I was about to focus on a new job”.