Two Serie A1 teams, Calzedonia Verona and Kioene Padova, announced that they have signed contracts with Slovenia National Team members. 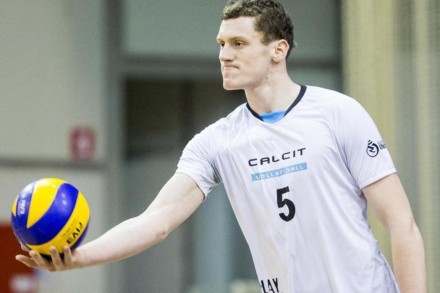 Verona hired a 20-year-old opposite Tonček Štern from Slovenia’s runners-up Calcit Volleyball Kamnik, who will share minutes on court with other club’s reinforcement, the Greek Mitar Djurić.

Štern collected 12 appearances in Slovenia NT and competed in the last edition of the FIVB World League where his national team moved from Group 3 to Group 2.

Padova closed the middle blocker department with Danijel Koncilja. The 25-year-old player arrived from Austrian Bundesliga vice champions SK Posojilnica Aich/Dob and signed a one-year agreement with an option for the following season.

Other middle blockers on which Padova count for the season 2016/17 are American Taylor Averill (has a valid contract) and Marco Volpato (renewed until 2018).

Jovana Stevanović for WoV: “We have just...