Two very impressive matches marked the 15th round of the Italian Serie A1 for Women. 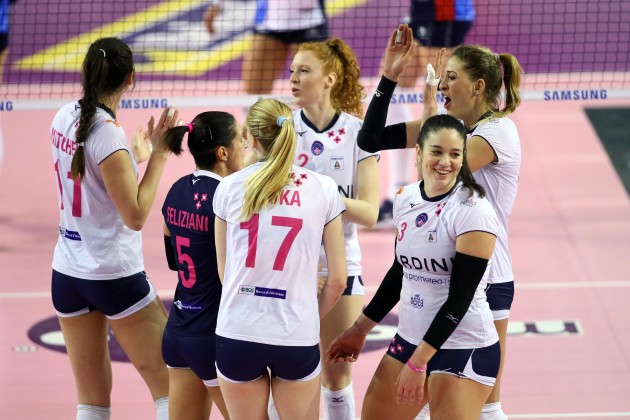 The biggest surprise in the round made Filottrano, the team from the bottom of the standings who scored their third win in the championship over Igor Gorgonzola Novara.

Filottrano defeated the second-ranked team in a tie-break. They led 2-0 when Novara came to equalization. The winners were decided in the fifth set after a long battle – 17:15.

Foppapedretti Bergamo scored the second consecutive win in the domestic league. This time they outplayed UY Busto Arsizio after the leadership of the opponent’s team 0-2.

Miriam Sylla was the leader of the scorers in the winning team with 23 points followed by Roslandy del Valle Acosta 21, while Valentina Diouf scored 21 for UYBA.