ITA M: Perugia prevail in Game 1 of playoff semis against Trentino in four 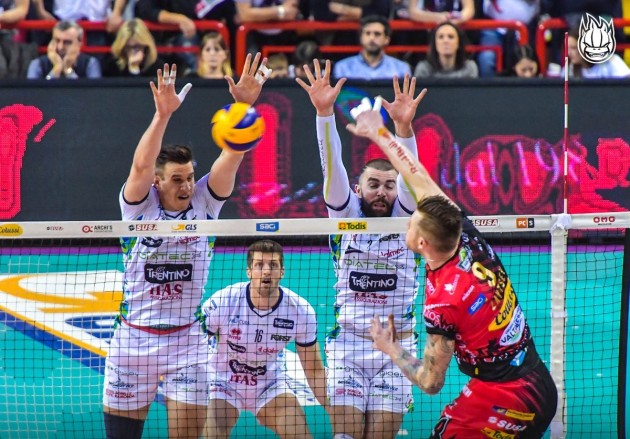 Considering previous two encounters between these two sides in SuperLega, No.4 Trentino showed their best display against No.1 Perugia this season in Game 1 of the playoff semis. Trentino lost to the „Block Devils“ in straight sets two times prior to today’s game in which they managed to claim one set and were close to their rivals in the remaining three. Perugia won the match partially 25-23, 18-25, 25-23, 25-22.

The Austrian Alexander Berger was the most efficient player in Perugia with 14 points, successfully replacing injured American outside hitter Aaron Russell in the lineup. The Serbian Marko Podraščanin made 6 kill blocks. His compatriot Uroš Kovačević topped Trentino with 16 points. The Slovenian Jan Kozamernik added 4 kill blocks.

The playoff semifinals are played in the best-of-five format.