JPN W: Nakada -“I promise to do my best for the medal at Tokyo Olympic Games”

The Japan Volleyball Association has announced Yuichi Nakagaichi and Kumi Nakada will coach the country's national teams as they prepare for the Tokyo 2020 Olympic Games. 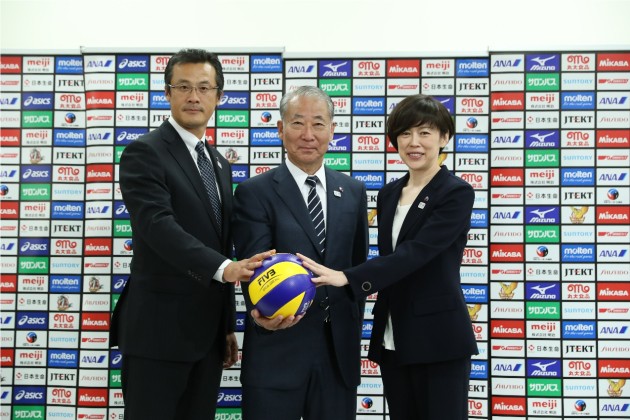 Nakada is known as one of the best head coaches in the Japanese National League:

“We do not have much time before 2020, but I promise to do my best for the medal at the Tokyo Olympic Games. Japan finished fifth at Rio 2016 and I know the situation of this team is not good. But this is the reason why I accepted to be the head coach of this team” said Nakada. (SEE HER BIOGRAFY)

Nakagaichi played for Japan as an opposite:

“It feels strange to be back with the team, but now I’m getting ready to be the head coach. I will try to unite coaches of younger national teams and share opinions. Our aim is to win a medal at the Tokyo Olympic Games” said Nakagaichi. (SEE HIS BIOGRAFY)