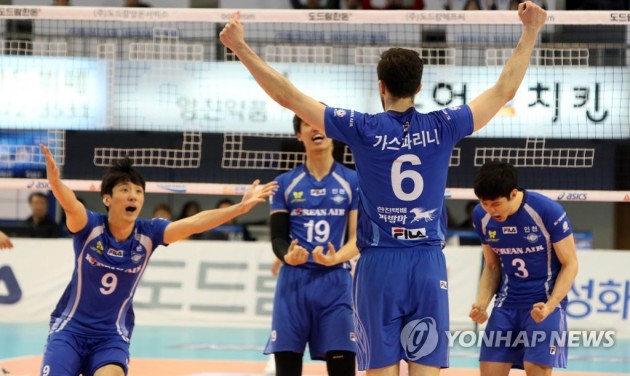 The third-seed Incheon Korean Air Jumbos advanced to the V-League playoff finals for the second season in a row. As visitors, they beat No.2 Daejeon Samsung Fire & Marine Bluefangs in a decisive Game 3 of the semifinals by a 3-1 (23-25, 25-20, 25-22, 32-30). Thus, according to Korean media, they beat predictions big time. After losing an opening game in the series, the probability of entering of the Jumbos in the finals was only about 8%!

The Jumbos will contest in their fifth-ever playoff finals, in which they will face No.1 Cheonan Hyundai Capital Skywalkers (Game 1 on March 24). The final series will be played in the best-of-five format.

FRA M: Appeal of Paris regarding their expulsion from Ligue A playoffs rejected

SRB W: Crvena zvezda will play for the 28th title

KOR M: He earned to finish this...