Rolando Cepeda, the former captain of Cuba men’s volleyball national team, was definitely released from prison in Finland, where he served the sentence for being involved in a rape in July 2016. 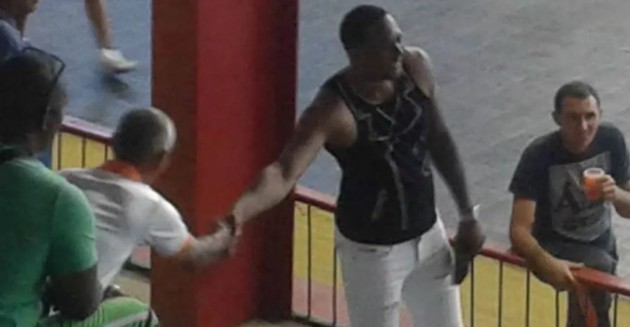 A 28-year-old opposite Rolando Cepeda, captain of Cuba national team at the time, was jailed in September 2016, for raping a Finnish woman during the FIVB World League tournament in the city of Tampere. Besides him, three more players of Cuba NT were convicted of the same felony, all to five-year sentences, which were reduced in June 2017. The fifth player accused of a crime was acquitted a year later.

As for Cepeda, his sentence was reduced to two and a half years, which means he should still be in jail, but as his Facebook activity from October 2017 showed, he has been released already them. Unofficially.

Now, Cepeda was seen watching the volleyball game in the city in his home country, Sancti Spíritus, which means he definitely served his sentence.

According to Play-Off Magazine, whose reporter spotted him and took a photo of him while he attended the match, Cepeda’s future in Cuba in terms of playing volleyball is not bright knowing the reaction of the Cuban federation after he and his teammates committed a crime.