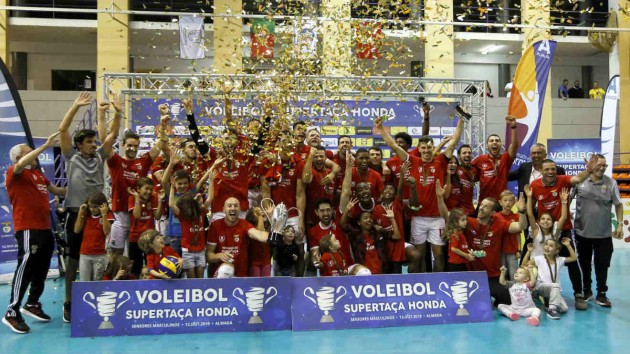 By beating AJ Fonte do Bastardo in the city of Almada by a 3-0 (25-14, 25-18, 25-22), SL Benfica won the Supertaça Honda 2019. Thus, the team from Lisbon won the back-to-back trophy in the competition and gained self-confidence for the rest of the season in which they will defend the national championship title as well.

Brazilian outside hitter Raphael Oliveira “Rapha“ top-scored for Benfica with 10 points. The Cuban veteran Sirianis Hernández, who was building his career in the Middle East after being caught using doping in 2010, noted 10 points as well but for the losing side. Benfica lifted the Super Cup trophy for the eighth time (ninth counting the old format), the most in the history of the tournament.

A few days ago, the Women’s edition of this year’s tournament got its winners, too.

ITA W: Serie A starts – Egonu unstoppable in her first match for Imoco