The JTEKT Stings won their first-ever title in the Japanese Men’s Volleyball Championship. 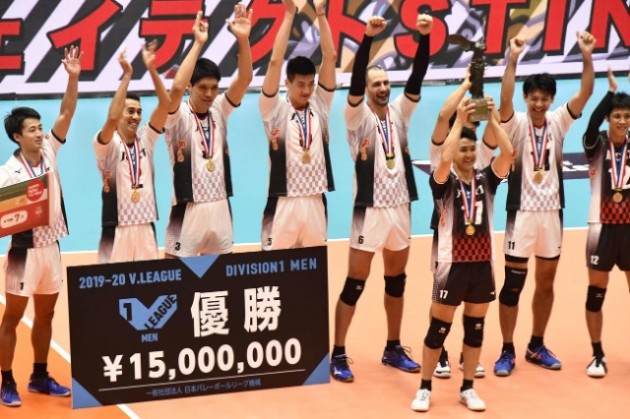 The JTEKT Stings fulfilled the long-awaited dream and won the national championship for the first time ever.

The team based in Kariya, founded 62 years ago but becoming a member of the V.League Division 1 Men only seven years ago, defeated top seed Panasonic Panthers in a single-game playoff final in Takasaki by a 3-2 (17-25, 25-22, 25-22, 26-28, 15-10). The success of the second seed Stings (beat third seed Suntory Sunbirds in the semifinal) is even more significant knowing they lost to the Panthers both times in the regular season and fought a team that has as many as five Japan national team players.

The 20-year-old opposite hitter Yuji Nishida, one of the biggest prospects of the world volleyball, shone for the new titleholders in the finals, pouring in 36 points and being voted MVP of the league. Nishida also finished the 2019/20 V.League as the top scorer (645 points). As for the Panthers, who were aiming for the third straight title, the Pole Michał Kubiak tallied 29 points.

Unfortunately, a decider for the title was held without spectators due to the coronavirus outbreak that infected 200 people and killed five in the country. And it was supposed to be held in front of the packed stands as nearly 4,000 tickets were sold for the game. The fans were promised to get a refund.

The V.League has undergone a major change in schedule this season ahead of the Tokyo Olympics as both national championships were shortened. The candidates for the men’s national team will visit the training camp next month, while female candidates have already started to prepare for the Summer Games as their competition was completed earlier.