Not many players can brag they were recognized the best in a major tournament although their teams failed to win the gold medal or, at least, reach the podium. Volleyball player “Bas“ van de Goor is one of these athletes which is the fact speaking of his sports greatness by itself. 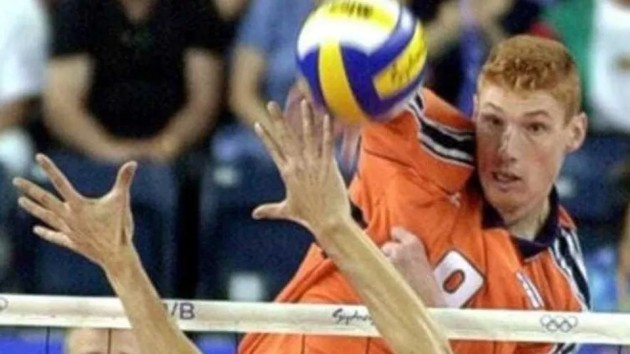 Let’s start with what we mentioned in the prelude. Bas van de Goor was named MVP of the men’s volleyball tournament at the 2000 Sydney Olympics despite the fact his national team, the Netherlands, finished on a disappointing fifth place. That’s rare and unusual. Knowing that he was covering the position of the middle blocker, being awarded as the MVP is an even bigger achievement.

Why did we say that finishing fifth was a disappointment for the “Oranje“? Because, four years earlier, in the 1996 Olympics in Atlanta, the Dutch team won its first gold medal ever. And the only gold medal in the Olympics for the country’s volleyball so far. The Netherlands have finally broken the curse of losing final matches against Italy to which they succumbed in three big finals prior to the final in Atlanta. They lost to the “Azzurri“ in deciders of the 1993 and 1995 CEV European Championships and the 1994 FIVB World Championship. Guess what? Sebastiaan Jacques Henri “Bas“ van de Goor was named MVP in Atlanta, too.

How good of a player was Bas is in the best way reflected in the words of the Dutch National Team head coach at that time, Joop Alberda. He referred to Bas as the “Michael Jordan of volleyball“. A comparison with, unofficially, the greatest basketball player in history says it all about Bas, right? He is a member of the Class of 2018 of the International Volleyball Hall of Fame.

However, between the above-mentioned successes and induction into the IVHF, Bas faced life-threatening health issues. In 2003, he was diagnosed with type 1 diabetes but he didn’t want to curl up in a corner and cry. No. continued to play professionally for two more years. Unfortunately, four years ago, Bas was diagnosed with cancer, more precisely – lymphoma. A fighter as he is, Bas beat the disease in 2017, the chemotherapy bore fruit. Then, he had a cerebral attack…

Now, a 48-year-old Bas is the Director of his own foundation, the „Bas van de Goor Foundation“ (established in 2006), whose goal is to improve the quality of life for people with diabetes through sports.