Luka Slabe – the mentor of ACH Volley LJUBLJANA that recently made it to the Playoffs 12 of the 2013 CEV Volleyball Champions League – was recently appointed head coach of Slovenia men’s national team. Read latest volleyball news on Worldofvolley.com. 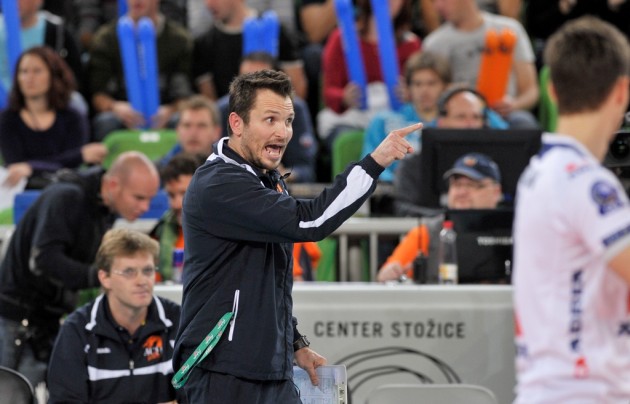 As for the women’s team, Oleg Gorbachov will remain at their helm as no other candidates did run for that position that was eventually retained by the head coach of this year’s Cup winner, Calcit KAMNIK.

As for Slabe, he did edge a series of very tough competitors, namely Italy’s Alberto Giuliani and Emanuele Zanini and his compatriot Andrej Urnaut, who is the current head coach of OK Salonit Anhovo KANAL. “I accepted this position after sharing some thoughts with my family and some more experts” says Slabe. “I think that I can contribute something more to Slovenia’s Volleyball family than I have done up to now. As I was appointed head coach of ACH Volley, that was already a tremendous challenge and this task it not less demanding, but different, as it requires even more responsibility. I will talk to every player, even to those who are supposed to have retired from the national team. Those who do not agree on my philosophy or do not want to be part of the group won’t be retained in the end. Anyway, I still rely on all of Slovenia’s world-class players who hence have the potential and credentials for being included in the national team. It is their decision and their responsibility to accept this project. So, as far I am concerned, none is excluded” stresses the young coach.

His first short-term goal will be to qualify for the final round of the 2013 European Championship via the home and away matches with Croatia scheduled for early June and then to help Slovenia make it to the World Championships and possibly also to the Olympic Games.

ITA W: Piacenza will play at saturday night in Bergamo