The representatives of a few clubs participating in the CEV Volleyball Champions League got together for a special working group chaired by CEV President André Meyer to submit their proposals and ideas for a bright future of Europe’s most prestigious club competition. Read the latest news from volleyball world on worldofvolley.com. 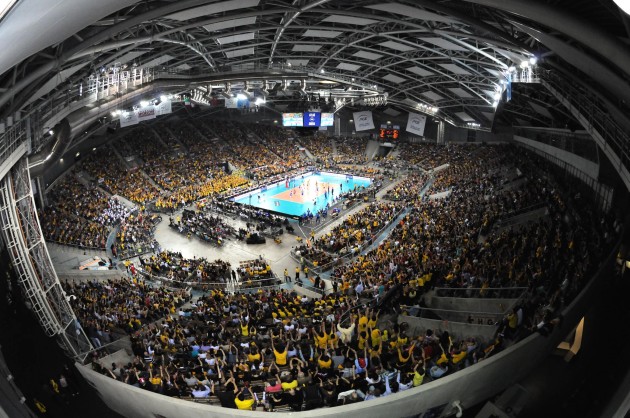 This action followed up on a decision made by the CEV Board of Administration this past January in Prague and whose primary aim was to provide some clubs with an opportunity to speak up and to contribute their own input to a series of developments that are envisioned for the years to come. CEV President André Meyer was pleased to state that the clubs had promptly responded to that invitation to submit ideas resulting from the experiences they all have matured in their respective countries as well as via joining – for the past few years – the CEV Volleyball Champions League.

Strengths and weaknesses of the current format were thoroughly analyzed and discussed with a focus on marketing & TV and the necessity to exploit the potential disclosed by the social media to address a young and IT-oriented audience. The CEV President confirmed that some actions are already set to follow for the 2013/2014 season as the DOL procedure for the League Round was revised by the European Cups Commission (ECC) and ideas are being worked out to increase the appeal of the traditional European Volleyball Gala taking place in Vienna.

CEV President André Meyer was extremely happy with the pro-active attitude showed by the clubs and insisted on the necessity to carefully study their various proposals as they are sometimes quite heterogeneous and need to be turned into a global vision that will ultimately help the development of the sport and especially the marketability of the CEV Volleyball Champions League.

A first follow-up of these discussions will be made by the CEV Executive Committee this coming March 8-9 in Istanbul, Turkey.