WL M: Stankovic – We were lucky

The Serbian team won the second match against Cuba in Havana in the first weekend on the 2013 FIVB World League. On press conference everybody were satisfied. Dragan Stankovic said the first two sets were played much easier by his squad. 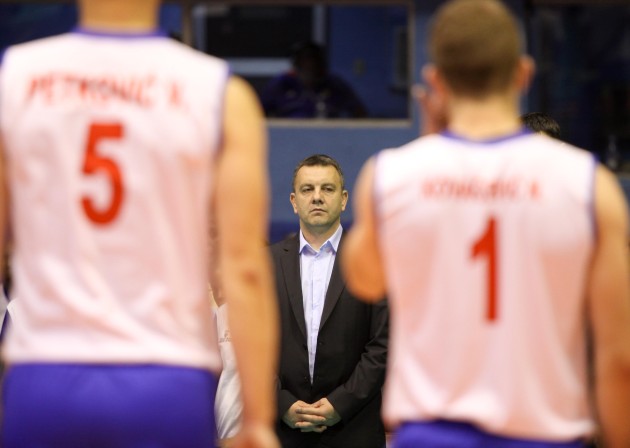 “We knew the match was going to be much harder. The Cubans played much more excited, they did much more to win, regardless of the difficulties we had in the third set, but afterwards we attained the victory, which is well-deserved”, commented joyfully Igor Kolakovic, the Serbian coach.

In addition, the Serbia´s captain, Dragan Stankovic, said the first two sets were played much easier by his squad. Nevertheless he considered that in the third set they made many mistakes and thus the Cuban team got to win then.

“The host team is new. As early happens over the first match series, some players are replaced. However, they look forward to playing and we were lucky to do it in our first two- match series here in Cuba; but I am convinced that in the upcoming series our players will do it much better”.

Orlando Samuels Blackwood, the Cuba´s coach, remembered that yesterday he had predicted his team was improving its level and so it was.

“We played better, but the match might have been quite different if we would have won the first set which was almost on our side, but we did not know how to finish it as it also happened to us in the fourth one. We have three new boys who are lacked as it happens to the team in general. We make some substitutions when assessing each player´s performance and how they are able to face the competition pressure. With respect to our journey to Italy and Germany, we will replace Javier Jiménez by Daniel Albo who will play as opposite hitter to support Yordan Bisset”.

The left-hand Rolando Cepeda, one of the Caribbean team´s pillars, who was among the main scorers in his squad, stated that despite their defeat they played with much more devotion and looked better on the court. “This is the way in which we should be playing as the tournament goes on”.

WL M: Finns struggled in Korea, but won in tiebrak