WL M: Finns struggled in Korea, but won in tiebrak 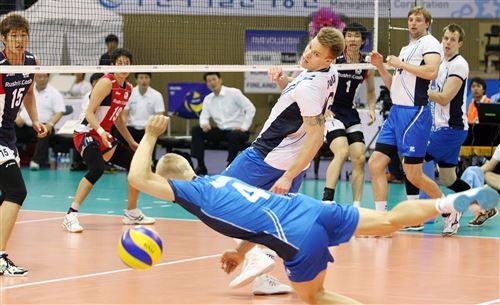 The Finns had score a 2-0 streak in Suwon.

In the first Korea was exploiting their strength on both wings. Han Sun-Soo’s distributed the attacks well for his hitters.

Finland counted on it’s strong serve that awarded them the second and third set.

The fourth set was Korea’s one man show, they recorded a surprising 25-15.

In the fifth set, Korea was in front but critical errors by Park Chul-Woo and Han Sun-Soo was made at the last moment of the set, and Korea lost.

Mikko Oivanen was a best scorer in Finalnd with 17 points, while in Korea it was Jeon Kwang-In with 22 points.

To read more on this competition click on World League 2013.

WL M: Stankovic – We were lucky

WL M: Speraw and Anderson – Serve made the difference