Puerto Rico kept alive its chances of qualifying to the 2014 FIVB World Grand Prix after demolishing Costa Rica 25-5, 25-14, 25-12 in a match for the 7-10 positions of the Movistar Women’s Volleyball Pan American Cup at Miguel Grau Coliseum on Friday. 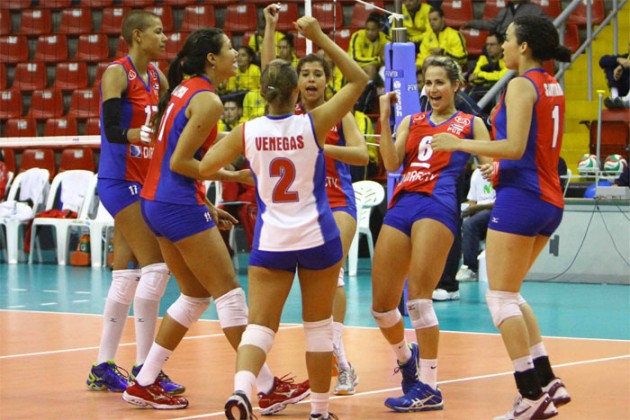 Karina and Sheila Ocasio were the Puerto Rico best scorers with 10 points apiece, while Yarimar Rosa, Diana Reyes and Ania Ruiz got 8 each one. Ruiz converted 6 aces. Angela Willis tallied 8 for Costa Rica.

“We are a team that has not been stabilized yet, we are in constant change, but we are trying to do our best, we must be patient. This is a long process and need higher competition,” Willis said.

Yarimar Rosa, the Puerto Rican captain stated: “It was a comfortable match for us. We kept our level with a good service. We controlled the ball and we hope this can help us for tomorrow’s match. We could not qualify for the medals but after the result of Cuba, we hope to qualify to the Grand Prix”.

For Horacio Bastit, the Argentinean coach in charge of Costa Rican, “the score spoke by itself. We played bad in every aspect. We have two players out. This is not an excuse but the team had no reaction.”

Rafael Olazagasti remarked that a new test waits ahead in next match. “We improved our level, had a good pass and did what we had to do by letting play everybody and we have to wait who we will face tomorrow.”