Belgium claimed their second win in the prelim Pool A of the 2013 CEV Volleyball European League to top the charts of the Pool by seeing off Denmark in three straight sets. Read more volleyball news on worldofvolley.com. 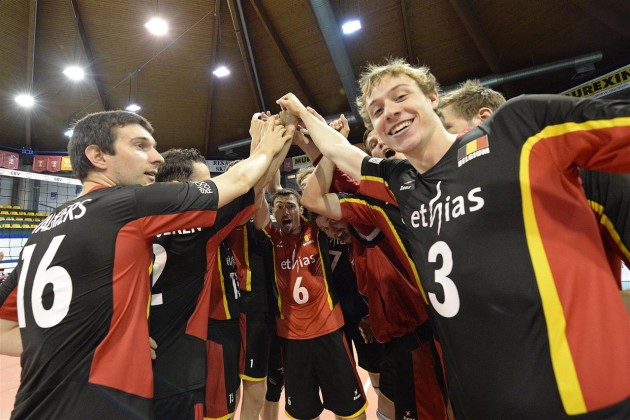 “This match was less tough than yesterday’s fixture with Austria” said Belgian head coach Dominique Baeyens. “We played three sets instead of five but it was not an easy game. In every single set we had our problems and the score remained tight. With this scoring system and the sets being so short, every point counts much more.”

“The Danish team has got a good potential but today they made too many mistakes. Finally we are happy with winning in three sets because we got some more rest before our match tomorrow with Slovakia”.

Belgium was paced by Hendrik Tuerlinckx who scored 16 points while Simon Van de Voorde contributed 10 and Pieter Coolman added 9 to the count. “Belgium has many skilled players. They have a complete array of Volleyball skills, with good serve, excellent blocking, they can do all. Their team is well developed and organized. Yesterday we had played good in the first and second set but had problems in the third. Today we did good things in each set. My players improve tactically every single day by playing good teams such as Belgium or Slovakia. They make us work hard for every point” said Denmark’s mentor Fred Sturm whose side was once more paced by Mads Ditlevsen with 15 points.