After scoring six consecutive wins in the previous rounds of play, the home heroes of Belgium will be playing the third leg of preliminary action in the 2013 CEV Volleyball European League – Men by hosting Austria, Denmark and Slovakia in Antwerp through the coming weekend. This and other volleyball news read on Worldofvolley.com. 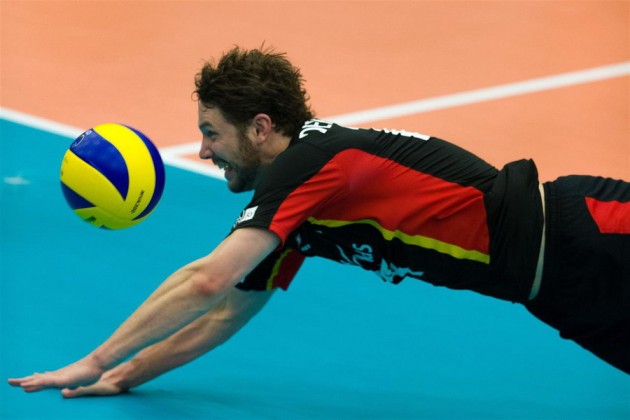 If they prolong their winning streak for another three matches, they will book a spot for the final four scheduled for July 13-14 in Marmaris, Turkey.

“I personally do not look too much forward the finals even though I understand that some players do” says Belgium’s head coach Dominique Baeyens. “This does not mean that we are going to play under pressure. On the contrary the other teams must make up for their deficit in the standing on the group if they want to keep alive their chances to make it to the finals. We are playing before our crowd and this is of course very pleasant” he adds.

Slovakia will be Belgium’s first opponent on Friday before the players mentored by head coach Stefan Chrtiansky host the last round of the prelims. Denmark will play Belgium on Saturday with opposite Mads Ditlevsen returning “home” after he spent the past season in Antwerp. The same applies to Austria’s middle blocker Peter Wohlfahrtstätter who also played for Precura this past year.

WCHJ W: The favourites advance to the quarterfinals at Women’s U20 World Champs