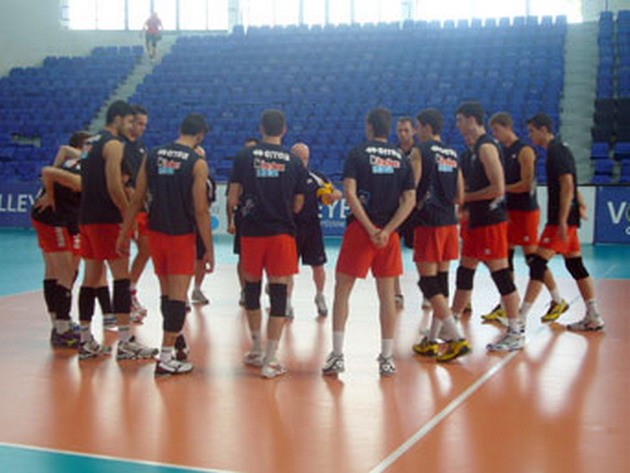 The national players try to keep the high performance from the last week. “This is a weekend to move forward, to give some step further from the competitive standpoint” said Fernando Muñoz after the first Spanish training in Podgorica (Montenegro).

Spain will have a tough test on start of the third day of the tournament. National team of Spain will play against the undefeated leader of the group, Czech Republic. The match between Spain and Czech Republic will be held on Friday at 17:30.

On Saturday Spain will play at 20 hours against the hosts, Montenegro. The third day of competition of the European League Spain will close with match against Hungary on Sunday at 17:30. The Spanish coach, Fernando Muñoz, showed his enthusiasm and satisfaction with the work done in the last round of the European League: “The past weekend confirmed some things, we could get to be a little more aggressive, a little more intense in the game. This weekend we will try to give a little more and hopefully the results accompany this step forward.”

Fernando Muñoz has three new players in team. Carlos Mora, Daniel Rocamora and Gerard Osorio will be part of the team in Podgorica, in the Spain team will not be Sergio Noda, Jesús Bruque and Alejandro Vigil. The coach confirmed that these changes in the team are “confirmation that everyone is working very well and can get on the list. In the case of Daniel, who is recovering from the sprain, hopefully in two weeks to have the opportunity to help the group. Carlos and Gerard get a deserved award to enter into the team and join the group” concluded Fernando Muñoz.