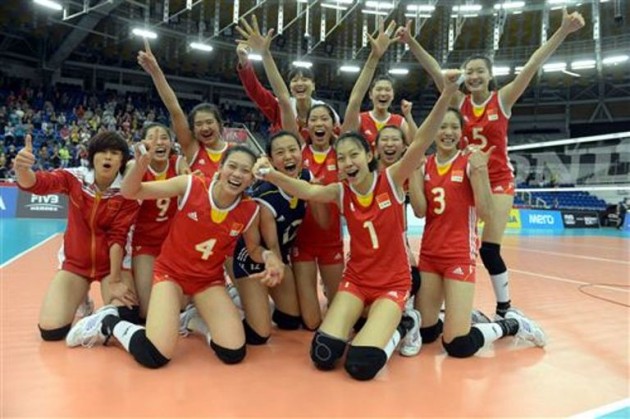 Chinese girls happy for their gold

The two teams offered a great volleyball show with outstanding defences from both side. However, Japan could not copy the powerful China game, despite their similar playing system.

Attack, pass, block, and serve: in any fundamental China was superior. Japan had to face the incredible power of Ting Zhu, MVP of the championship, who scored another 26 points in this match sharing the best scorer title of the event (167 points) with Brayelin Elizabeth Martinez of the Dominican Republic.

Zhu eventually closed it out with an outstanding block winner that ended a fantastic Sunday night in Brno.

China coach Jiande Xu: “We are happy with today’s result. In terms of body height, Japan was one of the smallest teams here in Brno. However, the Japanese team played with heart and never-ending fighting spirit. China can learn a lot from them. There is no secret for China’s success in this age category. It is just hard work.“

Japan coach Yasuhiro Fukuda: “Congratulations to China, they deserve the first place after a fantastic run here in Brno. We learned a lot during the tournament. We did not expect to go as far, but with every game we won, we grew a little bit more. At the end, it was a successful puzzle of strong defence and exceptional teamwork.“