Michal Baranowicz is the new setter of Cucine Lube Banca Marche. Last season he had a leading role in the jersey of Modena. 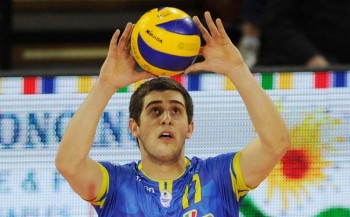 Baranowicz is currently engaged with the Italian national team in the World League along with the other members of Macerata – Ivan Zaytsev, Simone Parodi and Jiri Kovar.

“I will play in a team with the ambition to win, both in Italy and in Europe, “ said Baranowicz, “Therefore, I could easily say it is the most important opportunity that could have happened in my career. I would like to thank Lube, who proved the confidence by offering me this opportunity, but also Modena, where I had a wonderful season and this opportunity certainly would never come up without it.“

Baranowicz has followed family tradition as his father was for years the Polish national and has also played for several seasons in the Italian A2.

The player was born on August  5, 1989 in Cuneo. He grew up to the youth team of Cuneo, where he had also played two years ago, after gaining great experience in Poland with Asseco Resovia Reszow, which played a semi-final of CEV Cup.