Chinese Taipei beat Hong Kong in straight sets 25:14, 25:21, 25:18 in the Eastern Zone qualification match on Saturday to book the ticket to the final round of the FIVB Volleyball Men’s World Championship 2014 Asian Zone Qualification Tournament. This and other volleyball news read on Worldofvolley.com. 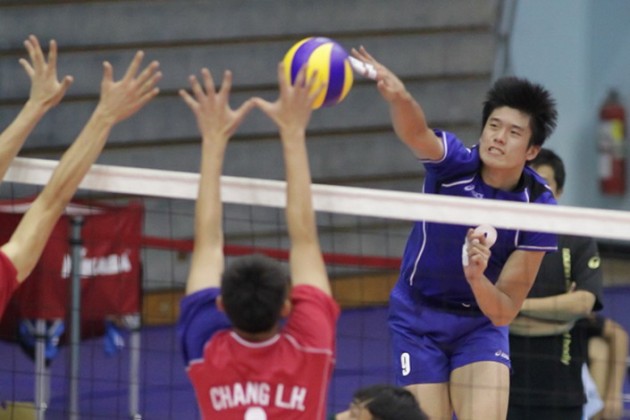 Chinese Taipei and Hong Kong were the only two teams contesting the AVC Eastern Zone Men’s Qualification Tournament, from which the winning team Chinese Taipei make it to the 16-team final round.

Chinese Taipei showed at least one-level higher performance in all aspects of volleyball skills over Hong Kong in the qualification match held in Taipei on June 29.

Most attackers of the host team were fast and powerful in their strategic offensive plays which made the blocker of Hong Kong motionless at the net.

Dominant attackers C.F Huang and M.C. Wang performed very effective back-row attacks all the time which made the defensive system of Hong Kong got so confused.

However, Hong Kong team was very active and eager to fight back all the way through even if they were so behind in each set. C. W. Chan of Hong Kong demonstrated very impressive performance in his attacks, leading his team’s offensive plays. He was everywhere whenever the ball was up in the air. But one person was not just enough to compete with a fast and powerful team of Chinese Taipei which won a set score of 3-0 over Hong Kong.

The AVC 16-team final round will be held in September. Australia, Iran, China and Japan will jointly host the final round to form Pool A, B, C and D respectively, with three qualified teams joining each pool. Only the eventual winners from each pool, totaling four from Asia, will then be eligible for the next year’s 24-team FIVB World Championship in Poland.

So far, nine teams have already qualified for the Asia’s final round. They are Australia, Iran, China, Japan, South Korea, all of them automatically qualified as the Asia’s top five in the FIVB world ranking. Also advancing to the final round are Kazakhstan, New Zealand, Thailand, Indonesia and Chinese Taipei.