In order to stand a chance to make the Playoffs 12 of Europe’s elite club competition, Switzerland’s Volero ZÜRICH has to claim a home victory this coming Thursday as they play host to Poland’s Tauron MKS DABROWA GORNICZA for the third round of action in prelim Pool F of the 2014 CEV DenizBank Volleyball Champions League – Women. 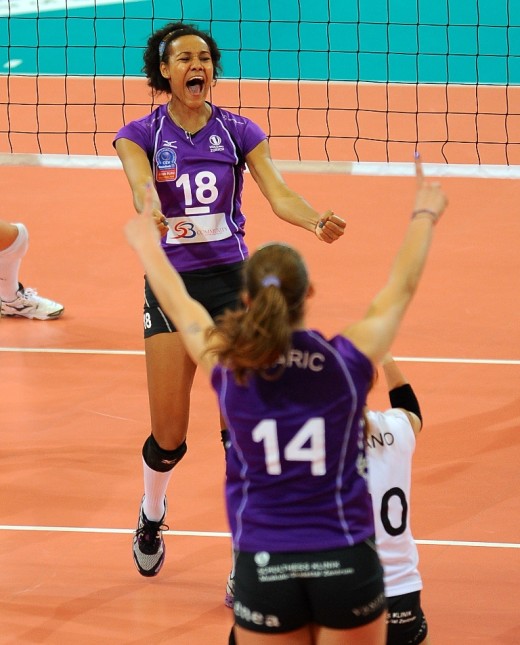 “We have to win three matches in a row to stand a chance to reach the Playoffs but we take it first on Tauron MKS to get the necessary confidence also for the next rounds” says Volero President Stav Jacobi. In order to strengthen their roster the Swiss champions recently signed two more players, setter Courtney Thompson (USA) and libero Silvija Popović (SRB).

After playing a good game with RC CANNES and a series of strong shows in the national league where they have conceded only one set to their opponents so far, the players of Volero seem to be back on track after a slow start of their season.

The first game with RC CANNES – which had traveled to Switzerland with their best players – finished in a 2-2 tie while in the second Volero won four of six sets played with the side from the French Riviera.

“The team showed a completely different face in the games with RC CANNES” Jacobi continues. “The players we just signed have quickly found their place in the group. They both are bringing a lot of positive energy to our game.”

Tauron MKS DABROWA GORNICZA seems an opponent whose strength may be compared to RC CANNES.

“They have a balanced group and a few good options in every position” says Volero assistant coach Timo Lippuner. “However, they recently had some weak outings in their national league so maybe this game comes at the right moment so that we have a better chance to win. Our key players Kenia Carcaces and Olesya Rykhliuk will have to take a lot of responsibility if we want to bring it home.”

Tauron MKSalso strengthened their roster with a new setter as at the end of October they signed Turkey’s Özge Cemberci Kirdar, a very experienced player with many caps with her national team and a former CL winner in 2011 while playing for VakifBank ISTANBUL. Together with the Polish team a familiar face will come back to Zurich, namely Marina Katić (CRO) who in 2006 was awarded as Switzerland’s most beautiful sportswoman by the newspaper “Le Matin Dimanche”.