Drawing of lots for Playoffs 12 coming up on Thursday

The Drawing of Lots for the Playoffs 12 of the 2014 CEV DenizBank Volleyball Champions League – Men & Women is coming up on Thursday morning, December 19, at 11:30 am (CET). 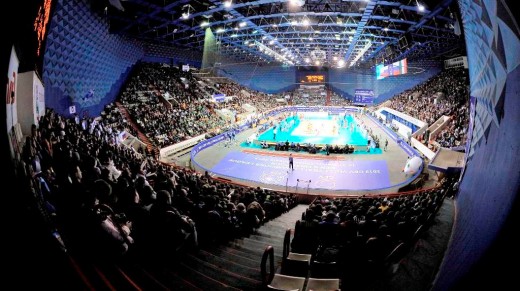 Before assigning the 12 top teams from the League Round to the next stage of the competition coming up in January after the Christmas break, CEV President André Meyer will announce the hosts and venues of the Final Four tournaments that will cap an already memorable season.

Before the last round of the prelims coming up tonight, 11 teams have already claimed their ticket to the Playoffs 12 of the women’s competition. These are: Rabita BAKU and Omichka OMSK REGION from Pool A; Dinamo MOSCOW and RebecchiNMeccanica PIACENZA from Pool B; VakifBank ISTANBUL (Pool C); Eczacibasi VitrA ISTANBUL and RC CANNES from Pool D; Galatasaray Daikin ISTANBUL and Prosecco Doc–Imoco CONEGLIANO (Pool E) plus Dinamo KAZAN and Volero ZÜRICH from Pool F. Poland’s champions Atom Trefl SOPOT need to take only one set tonight from their last game with Romania’s Dinamo Romprest BUCURESTI to complete the line-up for the knock-out phase.

Actually the third-ranked team with the best score will also make the Playoffs 12 replacing there the organizers of the Final Four tournament that will move straight to the last stage of the competition. Another four of the third-ranked teams at the end of the prelims will be promoted to the Challenge Round of the 2014 CEV Volleyball Cup scheduled for early February and where they will be playing the winners of the 1/4 finals coming up in January.

The race for the Playoffs 12 is much more open in the men’s competition where nine teams have already booked their spot in the next phase. These are: Copra Elior PIACENZA (Pool A), Belogorie BELGOROD (Pool B), Diatec TRENTINO and BERLIN Recycling Volleys from Pool D; Zenit KAZAN and Lube Banca Marche MACERATA (Pool E); Halkbank ANKARA and JASTRZEBSKI Wegiel from Pool F as well as Knack ROESELARE from Pool G. Three teams are still in contention for first place in Pool C where PARIS Volley, Asseco Resovia RZESZOW and Budvanska Rivijera BUDVA will all try to seize the night on Wednesday so as to claim their pass to the next stage.

CL W: Rabita finished with perfect score in Pool A