Defending FIVB Volleyball World League champions Russia have named six players from CEV Champions League winners Zenit Kazan in their preliminary squad for the 23rd edition of the tournament whilst Serbia are set to begin life without former captain Ivan Miljkovic after the 2012 rosters were unveiled on the FIVB website on Monday. 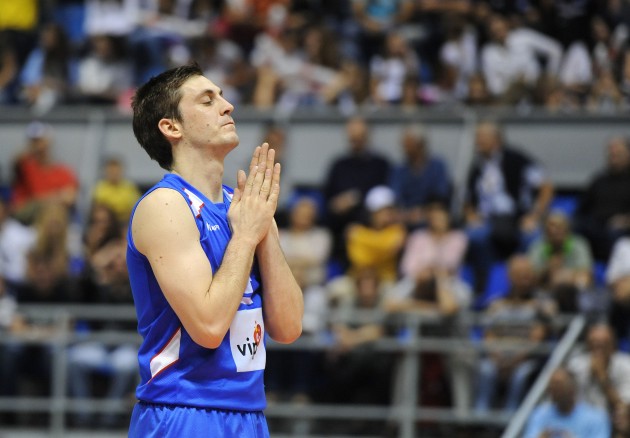 Russian coach Vladimir Alekno, who is also coach of Kazan, will be hoping to capitalise on the club’s dominant display on the European stage as they target a third World League crown after success in 2002 and 2011.

Janic Bojan will be the man to step into 32-year-old Miljkovic’s shoes after the latter called time on his international career on Saturday.

He will be joined by the Kovacevic brothers, Nikola and Uros, as well as the likes of Milos Nikic and Dragan Stankovic.

World No.1 Brazil are yet to officially unveil their squad for the premier annual men’s volleyball tournament, although they have sent their roster to the FIVB. They will wait until the conclusion of the country’s Superliga on April 21 to reveal the names, but they will no doubt be spurred on after losing to the Russians in the 2011 final in Gdansk, Poland.

The Poles have named a largely unchanged squad from the one that competed at the World Cup in Japan last year, with star players Bartosz Kurek and Zbigniew Bartman both returning for the 2011 bronze medallists.

Elsewhere, USA will be hoping the likes of Willaim “Reid” Priddy, Richard Lambourne and Donald Suxho can help lift Alan Knipe’s side.

They will be the competition’s oldest team on average this year with an average age of 29.6-years-old, but that experience could prove vital.

Their NORCECA rivals Cuba have opted for youth with Osmany Uriarte Mestre being ushered into the team at just 16-years-old, the youngest player set to step onto a World League court this season. Wilfredo Leon, Cuba’s 18-year-old talisman, will once again lead the side.

Meanwhile Italian coach Mauro Berruto has brought back veterans Luigi Mastrangelo and Samuele Papi, both of whom turned out for the Azzuri when they won silver in front of their home fans in Rome in 2004, the last time the side made the podium in the competition. Mastrangelo featured at last year’s World Cup while the 39-year-old Papi returns to the team for the first time since the 2006 edition.

Finally Canada, who return to the tournament for the first time since 2007, have included Gavin Schmitt in the roster. The 26-year-old has set the Korean league alight this year with some dominant displays for club Samsung Bluefangs.

The FIVB Volleyball World League 2012 is set to take place from May 18 to July 8 with the Finals being held in Sofia, Bulgaria from July 4 to 8.

For the first time in the tournament‘s history, which dates back to 1990, all four teams in each pool will play at one host city on a weekend, with each country taking turns to host all four teams in their respective pools.

Like 2010, the Finals will feature six teams, with the four pool winners and the best runner-up earning a berth.