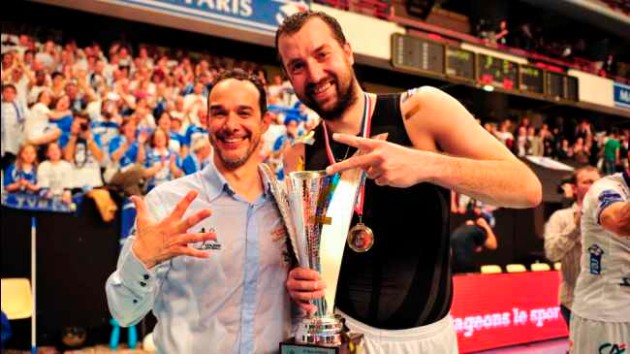 Petr, what do you think about the new title of the championship?

“I am very happy to finish the season with the victory. We won the final because we played very well and we were better collectively. It was our last chance to take the title this year after our elimination in the French Cup and the Champions League. We put pressure on Poitiers from the beginning of the match and eventually won with 3:0.”

For you, it was the perfect farewell gift, right?

“Yes, I could not ask for more. It is great to finally finish the championship of France, leaving the club on top. I gave my best until the end. Now it is over, but the life of a sportsman is like that. I will do something completely different from volleyball and will become an exporter of French wines in the Czech Republic. Yet, I should never say never. If the club offers me an exciting opportunity for a new season in AM League, I will consider the offer before refusing it.”

ITA M: Raphael in Trentino until 2014

ITA W: Pisani and Lotti models for one day