WCH M: Fantastic comeback of Finland for win over Cuba 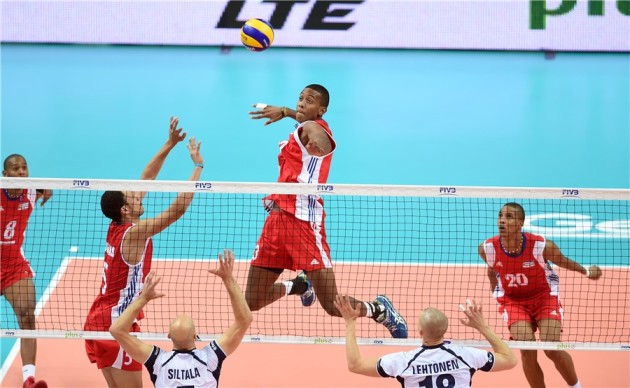 The second set didn’t bring anything new, Cuba continued with a good play. Captain Cepede scored a point for the lead at the first TTO 8-3. They had advantage of six points at the second TTO and it was enough to clinch the set by 25-20.

But, in the third part we have seen an answer from Finland. Cuba managed to save two set points before captain Sitala scored a point for taking the set 27-25.

Finland took control over the game and in the fourth set they were better again 25-23 and in tie break they completely turnaround the score and took the WIN!

WCH M: Konstantinov refuses to do interview for Polish TV – “Not for free”