Jan Stokr was celebrated yesterday in Brno as Czech Volleyball player of the 2011/2012 season; the giant opposite player born in Dačice completed a very good campaign with his club TRENTINO Volley that started this past October with the FIVB Club World Championship in Doha, Qatar, and continued with Italy’s Supercup and national cup. TRENTINO finished third at the final four of the CEV Volleyball Champions League held this past March in Lodz, Poland, and eventually lost the final of the national league – the so-called “V-Day” – to the archrivals of Lube Banca Marche MACERATA. 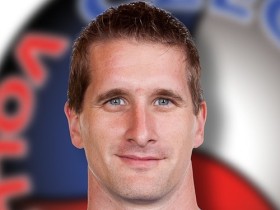 “I would like to thank my club who remains, in my opinion, the best Volleyball team in the world” said Stokr (pictured). “Many congratulations also to David Konecny and Lukas Tichacek who finished second and third in this poll” he added.
Aneta Havlickova was voted best female player of the year after a memorable season with her side Yamamay BUSTO ARSIZIO which swept all domestic competitions – national league, national cup and Supercup – and claimed also the CEV Volleyball Cup. Havlickova played a major role in this series of wins but she is about to leave Italy and to move to Russia with boyfriend Facundo Conte.

Premysl Kubala and Lenka Hajeckova were celebrated in Brno as Beach Volleyball players of the year while coaches of the season are Jan Svoboda of Jihostroj CESKE BUDEJOVICE (men) and Miroslav Cada of VK Modranska PROSTEJOV (women).

This is the WoV Dream Team for...