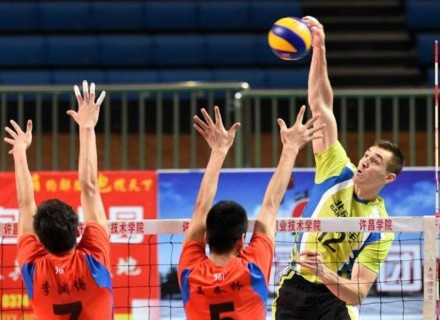 The hero of Fujian was the American William Price who scored 31 points!

Since Bosnian Almir Mustadanović suffered an injury in the first set, someone else had to follow Price in the scoring sheet. It was Shan Qingtao who added 19.

Another American was great in this clash. Garrett Muagututia collected 21 for Beijing as much as his teammate Lin.

Henan caused even a greater upset and beat the leader from the first stage of the championship, Shandong. Sun Kai led the winning team with 22, while in Shandong, Ji Daoshuai and He Ningning scored 14.

Shanghai was the only team considered as the favorites who managed to win. It defeated Bayi.

Cristian Savani was unstoppable with 18 points in a victory of his team. Tang Chuanhang was the only player with double digits in Bayi with 10 pts.

Jiangsu was better than Sichuan thanks to Chen Zhang (20) and Yuan Panchen (14). French Mory Sidibé played ’one against all’ and ended the match with 28 in Sichuan!