Vincenzo Nacci, who was recently reconfirmed as head coach of Venezuela’s men’s volleyball team, is laying the foundations for the country's FIVB Volleyball World League campaign later this year. 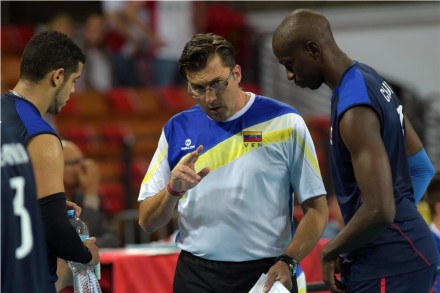 It is expected that the team participating in the competition will be similar to the one selected for the FIVB Volleyball Men’s World Championship Poland 2014.

“The list of players is more or less the same as for the World Championship in Poland, including many young players. We need to work hard, which is why I wish to begin training in the month of April,” said Nacci.

Planning for the World League is nearing completion and players will soon be contacted about the team’s training schedule ahead of the competition.

“We are also looking at players in the Venezuelan League with the quality required to join the national team,” said Nacci, coach of Venezuela.

“It is very important that we host the Olympic volleyball qualifiers, because it will be a motivation for our team,” she said.

PER W: Yankee Invasion in Peru