CAN: Volleyball Canada’s board of directors update

Volleyball Canada held its Annual General Meeting this past weekend in Ottawa with two board of director members re-elected and one new member added. 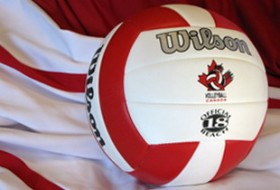 The two members at large re-elected were Debra Armstrong of Ottawa and Dan MacIntosh of Winnipeg while Roman Kocur of Toronto is a new member to the board.

Kocur, who has held numerous senior level roles in leading Canadian companies for the past 25 years, is also a successful coach in the Ontario Volleyball Association club system.

Also this past weekend Volleyball Canada inducted Lorne Sawula of Edmonton, Mark Tennant of Saskatoon and John Przybyszewski of Toronto into its Hall of Fame.

WL M: Canada to return to World League in 2013 – impressions