NORCECA M: Mexico and Cuba reach semifinals of NORCECA U-19

Hosts Mexico and Cuba advanced to the semifinal phase of the NORCECA U-19 Boy’s Continental Championship as winners of their respective pools with unbeaten win-loss records in three outings. 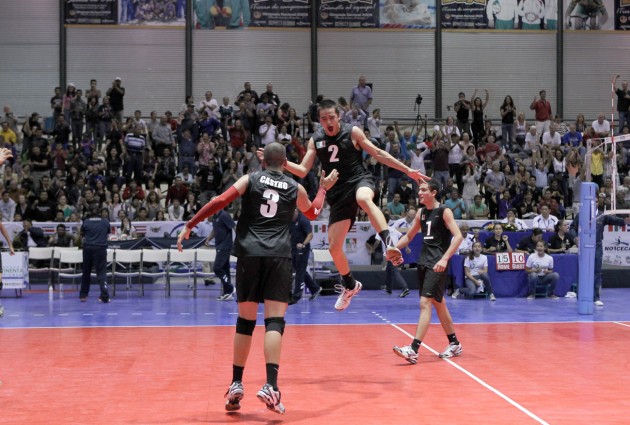 The top two ranked teams, besides hosts Mexico, at the conclusion of eight-team competition will be granted tickets to next year’s FIVB Volleyball Boys’ Youth World Championship to be held in Tijuana and Mexicali.

On the American side, Fey Kupono had a match-high while Lee Smith and Christian Blough each charted 12 and Mitchell Penning tallied 11.

“We fought very hard and everyone in the team is very glad for this victory,” Mexico’s captain Mauricio Lopez stated.

Cuba won Pool A with a 3-0 win-loss record and became the first team qualified to the semifinals with a 3-0 (25-14, 25-12, 25-13) win over Costa Rica. Osmany Santiago Uriarte scored 10 points for the Cuban squad and Abrahan Alfonso Gavilan contributed 9.

“We came out with a great spirit, and we kept our competition level. I am glad about finishing first in our pool,” Cuba’s captain Ricardo Calvo said.

“I am glad for this victory, it was very important to get into the quarterfinals,” Chavez commented.

“Fortunately we could capitalize some aspects and correct some mistakes we had been making since the first match,” Puerto Rico’s Luis Garcia said.

WL: Serbia too strong for Australia, even...