Perry for WoV: „I hope that FIVB will punish Fujian for terminating contract with me!“

Rebecca Perry has recently signed the contract with Chinese team Fujian and started to pack for a season in Asia, but her adventure ended even before it started. And it’s not her fault... 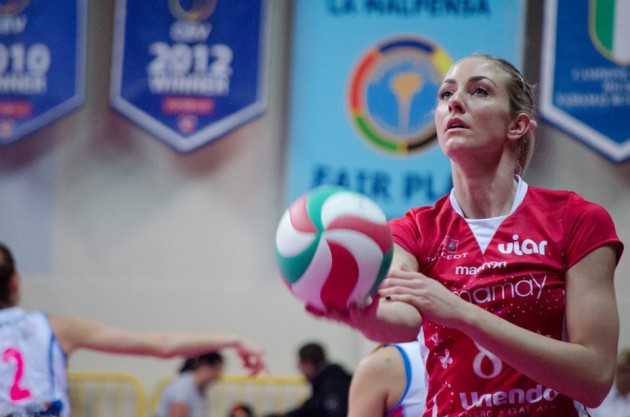 The US receiver/opposite shared her story with us, explaining how Fujian was dishonorable to her.

„Fujian Yango and I reached an agreement for me to play as their opposite for the 2015/2016 season. We both signed a contract stating this. Yesterday I received an email from my agent saying that Fujian Yango wanted to terminate the contract using an excuse that my knee is at risk. My knee is not at risk. I had surgery on March 5, 2014 and I have played the entire season in Busto Arsizio 2014/2015 without problems,“ Perry stated for WoV.

„In my opinion they decided they wanted a different player and are using an irrelevant excuse to terminate our contract. What upsets me the most is that in our sport, contracts hold no validity. If they do not honor a contract signed by both parties, what is the purpose in even signing a contract? They are dishonorable people and I hope and pray the FIVB will punish them for their wrong doing,“ an American player couldn’t hide bitterness.

Less than a mont ago, she announced the signing of a contract with Fujian.

Baby, the problem is your manager who placed another player on your place! Think a little about that!

Who is the manager???