Olympic champion USA now has the chance to repeat its 2008 performance – winning both the World League and the Olympic Games. The US team ran over Cuba on its way to the final match of this year’s World League in straight sets. It was a close match, but the insufficient experience of the Cubans was the main reason they lost 3-0 (25-23, 25-22, 25-23). 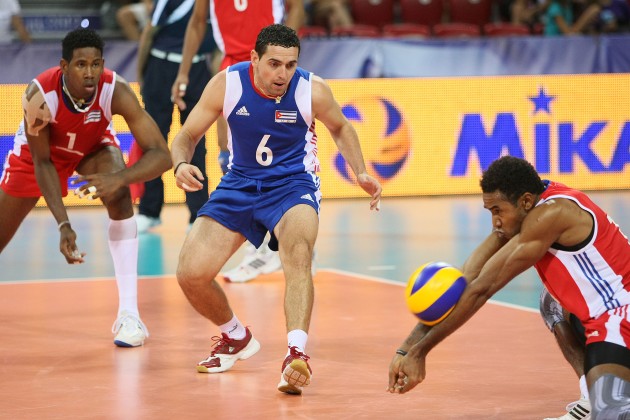 The match started smooth for USA. Captain Clayton Stanley just hinted that he would be the US top player in this match with a blasting ace. Cuba had to obey the leaders and were put in the runner-up position. The first technical time-out came at 8-5 to USA. Both teams were showing great defensive actions, but still the 16th point was for the American team again, scored with a block-out. Cuba‘s more unforced errors in this set made the difference between the two teams and even the youngest FIVB hero – Wilfredo Leon, with eight points, could not save his team from losing 25-23.

In the next set Cuba tried to take over the lead and had an 8-6 advantage at the first technical time-out. Then the result was tied again and the Olympic champions were up by 1 point at the second technical time-out.  Bell made an impression by scoring 7 points in this set, whereas in the first one he had only three. Nearly all Cuban spikes were successfully stopped by the American block. Nevertheless they made the result 22-22, thanks to Bisset, who scored the point with his serve. However, eventually the US team, led mainly by Anderson and again Stanley, won the set with 25-22.

The third set started with a point for Cuba, scored by Bell, who finished the previous set with 10 points – just as many as the young hopeful Leon did. After a long rally they made one more. The eighth point was brought by Cepeda`s super powerful spike. But then Stanley equalized the points to 13-13 with his block-out and at the second technical time-out the American team was leading 16-15. It was tough in the end, the result was changing in a dime but obviously Cuba could handle neither the attack, nor the block. Their young age made the difference and some unforced errors made it difficult for them. Even though they were better at reception in this set, the Americans were playing better in every other element. USA played this game amazingly well and took what it needed – a victory. They closed the set at 25-23 and moved Cuba out of the way towards the gold.