The members of France women’s junior national team just completed their preparations for the third-round qualifier coming up later this week in the city of Gabrovo, Bulgaria, where two spots for the final round taking place later this summer in Ankara will be at stake. 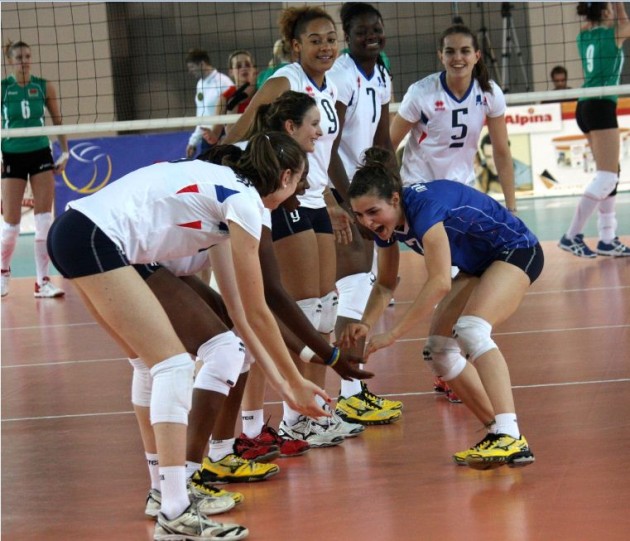 It looks like Bulgaria has turned into the favorite destination of France’s national teams in the past months as the guys around head coach Philippe Blain competed for their last chance to make it to London 2012 in Sofia some four weeks ago and also the women’s senior national team traveled to Varna for the prelims of the 2012 CEV Volleyball European League.

After missing out on a spot to participate in the last edition of the Championship held two years ago in Serbia, France will have some tough contenders – Croatia, Finland plus the hosts of Bulgaria – to be finally able to join Europe’s elite in Ankara. “Our goal is to qualify for the final round: we really want to make it there but to achieve this feat we will have to play very consistently every set and every match. The teams showing that consistency will ultimately qualify for the final round of the Championship” says head coach Jacques Béraud.

The young “Bleuettes” just completed their lead-up to the tournament by playing a series of friendly matches against Algeria’s national team, actually the senior group that will participate in the 2012 Olympics later this month in London. Algeria will open the Olympic tournament by playing Japan and the African champions claimed two wins out of their three matches against France’s rising stars.

The group mentored by Béraud seized the first match (3:1) before eventually losing the next two 1:3 and 2:3. “It is a pity as I would have loved to finish that stage with a victory but these matches were extremely useful. Algeria is less athletic than the teams that we’ll play later this week in Bulgaria but they have a great variety of options in offense” stressed the head coach. “All the players who had joined these friendly matches with Algeria will travel to Bulgaria since we need to rely on the best possible starting six there. We have a homogeneous group and also our back-up players delivered a good performance as they joined the three games played in Lisieux” concludes Béraud.

What a set by Thai player! (VIDEO)