Matey Kaziyski’s explanation – “Nothing has changed! I don’t intend to return to Bulgarian NT”

The head coach of the Bulgarian national team Plamen Konstantinov said that Kaziyski didn’t keep the word. But, in an interview for the Bulgarian dnevnik.bg, Matey confirmed that they didn’t talk about his return to the national team. 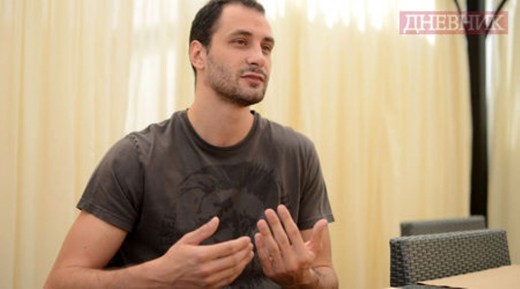 Do you miss playing for the national team of Bulgaria?

“On one hand I miss, but on the other hand I used to being out of national team and watching games on TV.”

Could you say that not playing for national team is some kind of sacrifice?

“I have not won anything. For me, the whole thing is negative. I gave up from something that was my dream in volleyball. I can’t say I’m pleased with how things went, but I couldn’t do anything else.”

You missed big events like the Olympics, World Championship in Poland and now you’ll miss European championship, which will be played in Bulgaria.

“I knew that there will be some consequences, so it’s not surprising for me.”

The head coach of Bulgaria Plamen Konstantinov is really angry with you. He said that you didn’t keep the word.

“I spoke with Plamen Konstantinov and Secretary General Stanislav Nikolov a few months ago. I said – “Let me see how things go. Stabilize the things in the team and we will talk about me later”. There was no question about returning to the national team. A week later, at the press conference they came and said that they are waiting for me to come back. For me, it was important that we had conversation and to see how far we can get. Then, they announced that national team has already closed the door for me. It is very difficult for me to change my mind in a moment and say “Tomorrow I’ll be back”. That is not going to happen.  Nothing has changed and I do not intend to go back. Every year I could read that I said yes, which is not true” explains Kaziyski.

So, where is the problem in Bulgarian volleyball?

“The problem is the model of governance. Although over the years many things have changed, a general model has remained. The current model lives off competitors. On the other hand, there are many irregularities. Bulgarian volleyball, day after day is disappearing more and more – suffer from financial problems, problems with the basis, lack of staff as well.”

What should be changed first in the management of the Bulgarian volleyball?

“First, there have to be changed a lot of regulations to begin supporting not only the clubs but the players. The players are the ones who suffer from this whole working model. On the other hand, they need to support clubs much more.”