NORCECA M: Mexico to quarterfinals after win over Venezuela 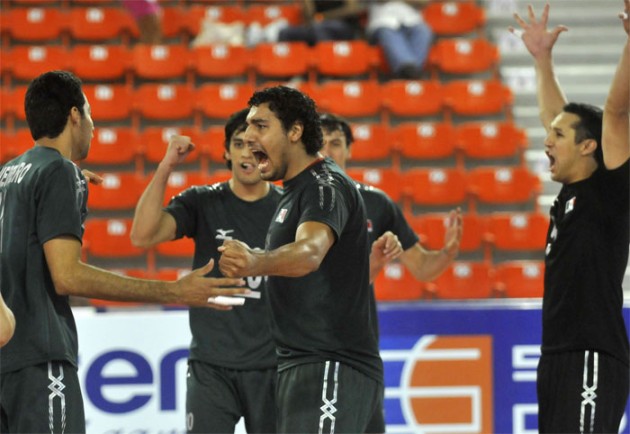 Daniel Vargas (11) and Pedro Rangel (10) were the biggest contributors to the winning cause but it was the Venezuela’s Kervin Piñerua who topped the scores with 21 points.

Jorge Miguel Azair, technical director of Mexico, noted that “Venezuela are a team that is growing, but their players went out more pressured than us and that was the difference. I knew that the team with fewer errors would win so we forced our opponents to be the ones who committed more mistakes. We worked with our serves not very aggressive but more tactical which allowed us to group the blocking and defense. The youngsters acquired responsibility in this game and played their role.”

Cuban Roberto Garcia, who just 11 weeks ago took over as coach of Venezuela congratulated the Mexico and described as disappointing his players’ performance.

“I have no explanation why things didn’t work because 21 days ago they played the Pre-Olympic in Japan at a high level. We discussed that is not a physical problem but a psychological issue. This tournament is not in their minds and there are some other outside matters affecting their individual performance. The average of 22, 23 points from our two corner men was high and now they are not accumulating 13 points between the two. The problem is not lack of fraternity or good atmosphere. That is still there.”

Pedro Rangel, the captain of Mexico: “Things went to our favor and we had a good game. Above all other things was that we entered well focused. We knew Venezuela had many youngsters ready to give their best and we respect them. We played better against them than we did against United States and Brazil.”

South American Captain Kervin Piñerua lamented that “this competition has been negative for our team. We couldn’t find the level of play we have and that we were working. We need more confidence and we only can continue working for the upcoming competitions.”