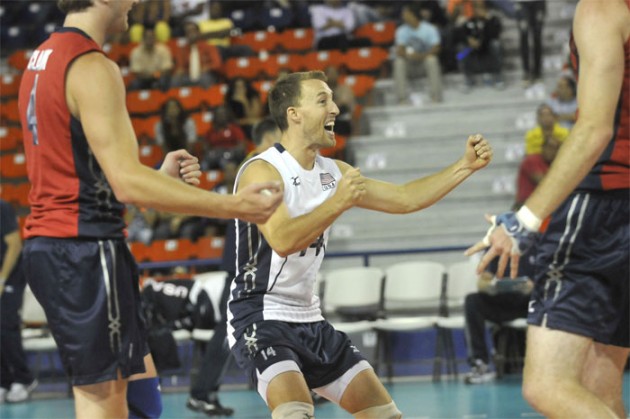 It was an intense battle that lasted more than two hours were the visitors took advantage of their opponents’ mistakes to claim the victory.

Dominicans Elvis Contreras and José Miguel Cáceres with 28 and 24 points respectively were the best scorers of the match. Elnis Palomino and Wilfrido Hernández had 10 apiece.

Shawn Patchell, coach of United States, was left impressed with the progress shown by the Dominican side. “They are a different team than the one I saw in California, especially with their difficult serves. Caceres and Contreras elevated their game.”

Osiel Vásquez, coach of the Dominican team, congratulated the winners saying they have a lot of talent and have played a great tournament. “Even though we lost, I am happy with the performance of my boys because they did a great effort in court, only that we made some mistakes in crucial moments, which is normal when teams don’t have much international contact.”

Kawika Shoji, captain of United States, considered the match a good one that deserved to be a final. “We didn’t play our best volleyball, but could keep the calm and that gave us the victory.”

José Miguel Cáceres, captain of the Dominicans, said: “We made many errors in key situations, technical things, but it was a pretty show for the fans.”