Bulgaria played a friendly match with Brazil on Wednesday in London. 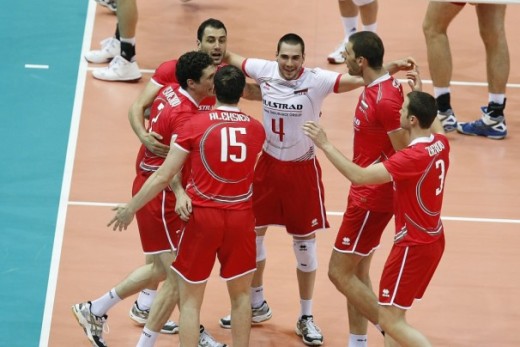 Bulgaria had plans to play three control games in London, just before the start of the Olympic tournament – against the USA, Brazil and Russia. The USA team at the last moment turned away from the match, without giving any reasons.

The biggest problem for the coaching staff of the Bulgarian team is the injury of Teodor Todorov, who at the first practice in London, reported having pain in his knee. Despite this, Todorov played two sets with Brazil and, according to the Bulgarian medics, he will be fit for the opening of the Olympic tournament.

Brazil played without Giba, who has pain in the leg he operated a few months ago. Bernardo Rezende took to London a young player Lucarelliego.
On Friday, July 27th Bulgaria will play against Russia.

POL M: Gosciniak – This team will compete for medals

PHOTO OF THE DAY: Robertlandy knows what...